Salman Poultry Private Limited is amongst the biggest and fastest growing Poultry Groups in Pakistan with a vision to cater the farmer and customer needs with products conforming to global standards.

Salman Poultry Private Limited came into existence around 4 decades ago, as a small family concern of Dr. Muhammad Sadiq which is laterally merged in Sadiq Group in 2004 and Sadiq Poultry Private Limited is also incorporated as part of Sadiq Group in 2004 with Trade Mark of SB. Over the years it has made phenomenal growth to become one of the leading Poultry Group in Pakistan and evolved into a historic driven set up involving 1000 families directly and around 100,000, indirectly.

The Group has the following products and services in poultry sector:-

Salman Poultry Private Limited Headquarter is in Rawalpindi and having sales offices network in all major cities of Pakistan and also a diversifying network of agents/ dealers in all towns of the country.

The history of Sadiq Poultry Private Limited is the history of commercial poultry in Pakistan itself. The journey of the Group started from a small broiler farm, but has since then expanded and diversified to become one of the leading poultry industry in the country, now operating Poultry Breeding Units, Commercial Egg Production Layer units, Livestock Pharmaceuticals, Broiler Production, Grain Storage and Livestock Feeds, commercial poultry feed mills, a paper pulp tray production plant, Organic Fertilizer Plants and Poultry Hatcheries.

The business was started by Dr. Muhammad Sadiq and his two brothers in Partnership as “Sadiq Brothers Poultry (SB Poultry)” with expansion as Jadeed Poultry Farms, a sister concern, years later. Then all businesses were merged into Sadiq Brothers and finally were shifted and divided into private limited companies in 2004. 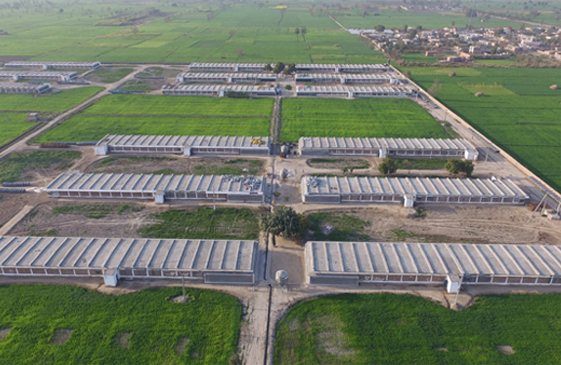 Salman Poultry (Pvt) Ltd. will launch a healthy campaign to combat protein deficiency and to strive for a healthy nation through provision of clean, healthy and large size eggs directly to the consumer.